« We first met at a friend’s wedding. We were sitting next to each other at dinner, and were joking about having the same name. It turned out we had lots of other things in common and grew up in the same area. However we didn’t have our first date until we were both single six months later!

Jools : I wanted to propose on our ‘firstdateaversary’ (the one-year anniversary of our first date). So we went away for a weekend in the countryside in Hay-on-Wye in Wales. I tried to stay cool and not get too stressed trying to force the ‘perfect’ proposal. So, even though it was windy and quite cold, we went for a walk up a big hill with a champagne picnic. Luckily for me we found a sheltered place in the sunshine at the top – secluded and with a beautiful view over the valley. I opened the champagne and asked her there !

Jules : I was so surprised! I thought we were just going for a champagne picnic for our anniversary. It was so beautiful and romantic – we both cried !

Jools : She kept asking: « are you kidding me ?? ». It took a while to convince her I wasn’t joking!

Preparations for this session

We loved Didier’s style as soon as we saw his work. We are getting married in Provence but live in London. We spoke to Didier over Skype and he mentioned he might be coming to London so we decided to do the engagement shoot there. It’s nice to be able to have a completely different setting for engagement photos and wedding photos.

The session was very informal and relaxed. We met Didier in East London and explored the area for a couple of hours with him. It took us a while to stop being self-conscious, but Didier was great fun to shoot with and helped us relax.

We want to make the most of getting married in Provence and its beautiful surroundings. From the start our focus was on good food and wine in a garden setting.

Clémentine : a big Thank you Jules & Jools and all the best for your marriage ! 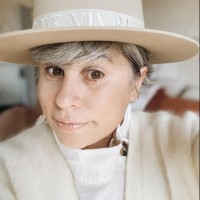